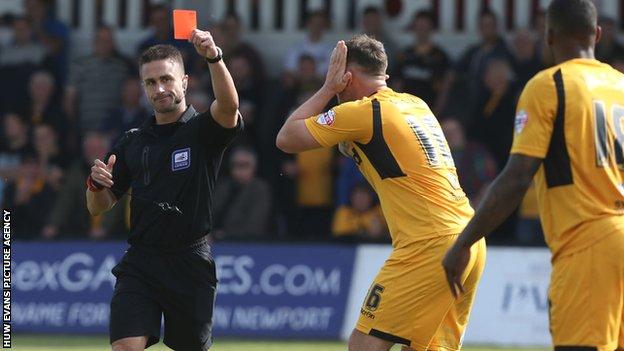 Chesterfield's 2-1 win over Fleetwood saw them take the title.

George Donnelly put Rochdale ahead before Aaron O'Connor marked his return from injury with a scrambled equaliser.

Matthew Lund had an 83rd-minute penalty saved by Ian McLoughlin after Ryan Jackson had been sent off for bringing down Ian Henderson.

Newport's 14th-place finish marked a season of consolidation after their promotion from the Conference Premier at the end of last season.

"It's fantastic. We've had a brilliant season and accomplished what we set out to do and to round it off with a victory against a promoted side was a fantastic end to the season.

"And it's a credit to the players because I think they have been absolutely outstanding all year."

" You have to lose games to learn about yourselves.

"We shouldn't really in this financial world be competing against Scunthorpe and Chesterfield for the title so it's been a great race."