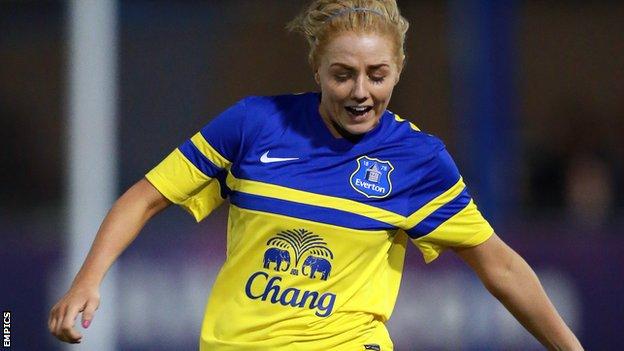 The tie between Birmingham City and Arsenal has been put back a week as City are in Champions League action.

Everton enhanced their chances of a third FA Cup success when Parris shot them in front after just 10 minutes.

As Liverpool hit back, midfielders Fara Williams and Amanda DaCosta both narrowly missed the target.

But Greenwood doubled the lead for Andy Spence's side with a well-struck volley on the half-hour.

The Reds pressed hard in the second half to get themselves back into the game.

Defender Lucy Bronze was also cautioned in the closing stages as Liverpool, for all their pressure, could not find a way through.