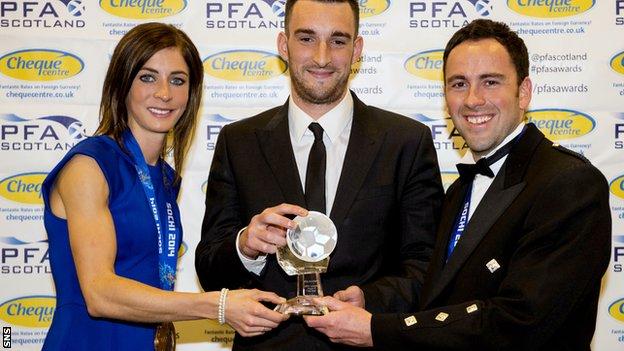 Rangers left back Lee Wallace has been named the Scottish League One player of the year by PFA Scotland.

The 26-year-old Scotland international was a key player as the Ibrox side stormed to the title.

Stranraer's Frank McKeown was presented with a special merit award at the event in Glasgow on Sunday.

McKeown is a firefighter and was on duty when a police helicopter crashed into the Clutha pub in Glasgow in November.

The defender then turned out for his side in a Scottish Cup match against Clyde a few hours later, helping Stranraer claim a draw and then featuring in the replay win.