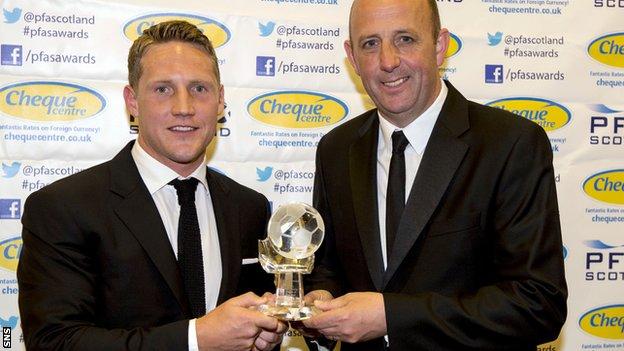 Commons has enjoyed a prolific season in front of goal, netting 27 times in all competitions.

And 23 of those goals have come in the league, with Celtic securing the top flight title in March.

The 30-year-old, who joined Celtic from Derby County in 2011, received his award from former Scotland captain Gary McAllister.

Commons' team-mates Fraser Forster and Virgil van Dijk, as well as Kilmarnock's Kris Boyd, had also been nominated for the prize.

Celtic are due to trigger a one-year contract extension for the influential playmaker, while Commons has indicated that he would welcome a new long-term deal.

Capped 12 times for Scotland, he decided to call time on his international career at the end of last season.