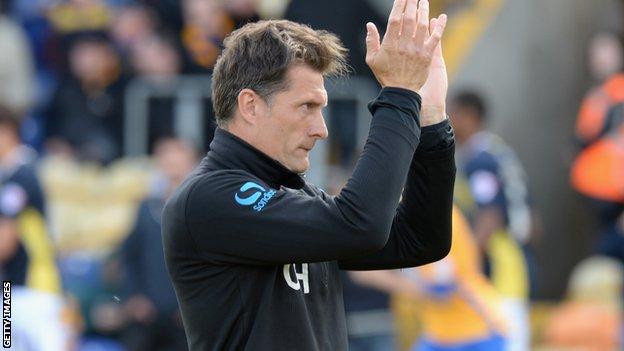 Torquay United manager Chris Hargreaves says there will be no "wholesale changes" to the club's playing staff in the summer, despite relegation.

"The only changes will be those who don't want to play for the club don't have to," he added to BBC Radio Devon.

"I'll wish them the best and they can go on and further their careers elsewhere and I can just deal with people who want to stay and play for me."

Hargreaves after with the Gulls one point off the relegation zone.

Despite having won seven games in his tenure, compared to the five that Knill won in his 25 games in charge, Hargreaves could not keep the club up.

"Perhaps our young team have clicked too late," Hargreaves said.

"I've told them to keep the fight in their bodies and those who want to fight will stay with me next season and fight to get this club back up.

"The supporters were magnificent and I can promise them that I'll be working damned hard to get this club back up and with footballers that want to play the game in the right way.