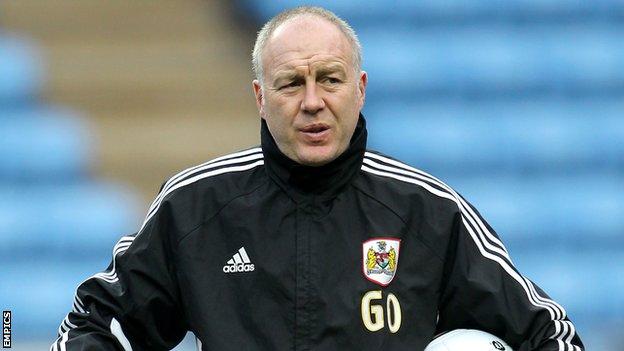 The 45-year-old, who had previously managed non-league Bath City and Forest Green Rovers, had been at Home Park since the summer of 2012.

After initially being appointed to the club's academy, he was when in January 2013.

McCormick rejoined the Pilgrims from Oxford last summer and has made 28 appearances this season.

"Once I knew that Argyle wanted me to stay, there was no decision for me to make," he told the club website.

I've got to make some tough decisions, but I feel as though I really need to do them as we've got to step up from this season

McCormick is likely to be joined by a number of new faces next season, with manager Sheridan saying he will make six or seven changes in the summer in a bid to get the club promoted from League Two.

The former Oldham and Chesterfield boss has been as a run of five defeats in six games from the end of March saw them fall out of the play-off reckoning.

"I'm looking at probably six or seven players that I want to bring in," the 49-year-old told BBC Radio Devon.

"I've got a really good group of players but we've fallen short."

Sheridan was appointed in January 2013 when they were in the League Two relegation places and guided them to safety in his first season in charge.

This year he had hoped to make the play-offs, and says the club will have failed if they miss out on making them in next season.

"We've got to finish in the top seven next season, nothing less," he said.

"I'm going to make some tough decisions and that's my job and I've got to improve on what I've done this season.

"I already know what I'm going to do and what decisions to make.

"It's very hard for me, it's not something any manager likes doing, everyone's got a life to live and whether they've got families or not they all want to know where they are.

"I've got to make some tough decisions, but I feel as though I really need to do them as we've got to step up from this season."