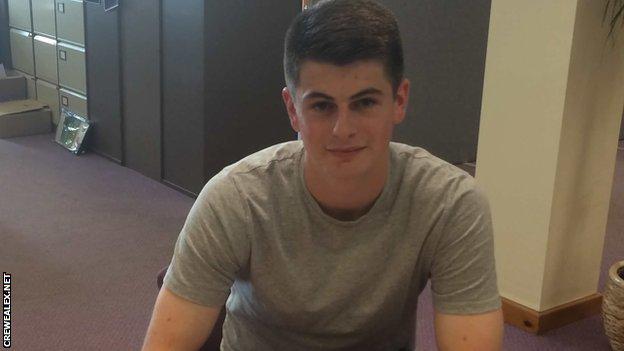 Crewe Alexandra midfielder Liam Nolan has signed a new two-year contract with the League One club, with the option of a third year.

The Northern Ireland Under-21 international has made 12 appearances for Steve Davis' side this season.

The 19-year-old made his senior debut for Crewe last September when used as a substitute against Oldham Athletic.

Crewe go into Saturday's final game of the season, against Preston, just one point above 21st-placed Tranmere.

Nolan is the latest youngster to agree a new deal at Gresty Road, with teammates Oliver Turton, George Ray, Billy Waters and Jon Guthrie all having recently extended their contracts.