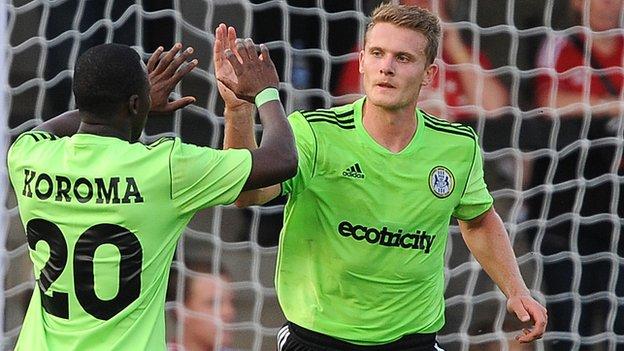 The midfielder, who netted 48 times in four seasons, has opted to leave the New Lawn in pursuit of his first Football League contract.

Striker Jason Walker also reached the end of his contract and has left the club by mutual consent.

"I'd like to thank all of the departing players for their contributions to Forest Green Rovers," said manager Ady Pennock.

"A lot of these players have had a big hand to play in the progression of this club over the last few years."