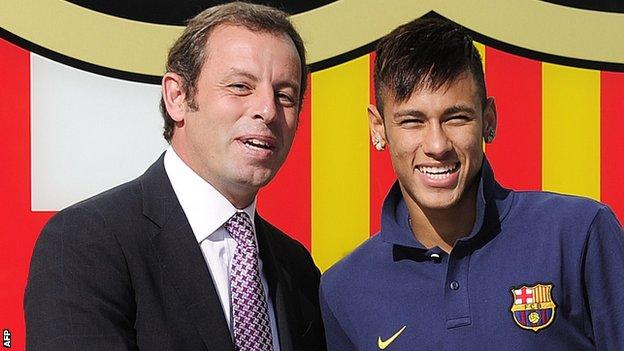 Barcelona say they are relieved after an investigation by the Spanish league (LFP) found "no irregular conduct" in their signing of Neymar.

Barca had previously confirmed the Brazilian's parents got £34m of the £48.6m paid for the striker last June.

The deal, which led to the resignation of club president Sandro Rosell in January, remains under criminal investigation over alleged tax crimes.

Barca were "pleased" to learn they had not "infringed LFP rules".

Following Rosell's resignation, his successor Josep Maria Bartomeu revealed the true cost of signing Neymar including his signing bonus, commissions, marketing deals, a donation to the player's foundation and other deals was actually £71.5m.

The case was started by one of Barca's own members, Jordi Cases, who accused Rosell of misappropriation of funds.