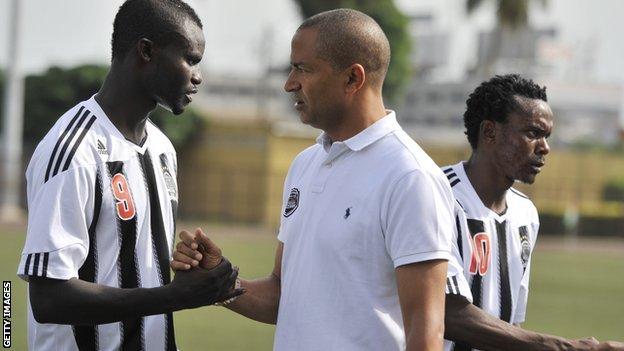 Democratic Republic of Congo clubs TP Mazembe and AS Vita Club have been drawn together in the group stage of the Champions League.

TP Mazemebe, runners-up in last year's Confederation Cup, and Vita are fierce rivals and their pairing may well benefit fellow Group A sides Al Hilal of Sudan and Egyptian giants and five-time winners of the competition Zamalek.

Group B has also thrown together two clubs from the same country in Tunisian pair CS Safxien and Esperance.

With the added twist that former Dutch great Ruud Krol is now coach of Esperance after leading Sfaxien to the Confederation Cup title last year.

The matches begin on the weekend of 16-18 May with the final ties to be played between 22-24 August the group winners and runners-up qualify for the semi-finals.