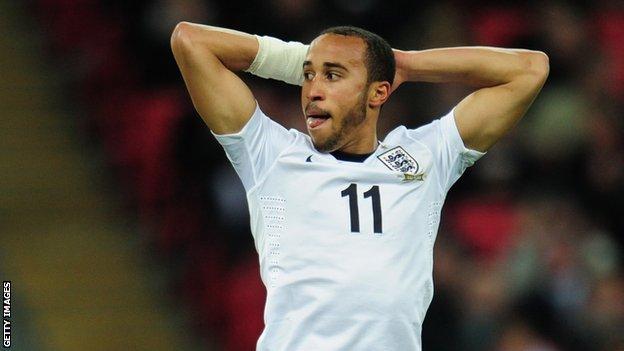 Tottenham and England winger Andros Townsend will miss this summer's World Cup after being ruled out for up to 10 weeks with an ankle injury.

The 22-year-old came on for the last 12 minutes of Saturday's 1-0 win at Stoke, but left the stadium wearing a protective boot.

He will have surgery on Thursday after scans showed damaged ligaments.

Andros Townsend has played for all nine on loan from Tottenham.

Townsend made an impressive England debut in October, scoring in a 4-1 win against Montenegro.

He also played a key role in beating Poland to secure qualification for the World Cup in Brazil, which begins on 12 June.

Townsend has made 33 appearances this season but has not started a Premier League match since the 1-0 defeat by Arsenal in March.