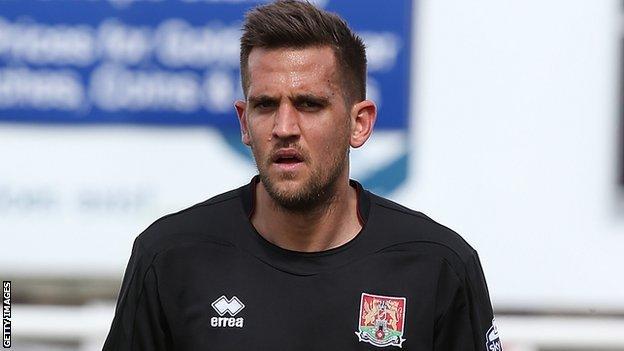 Northampton Town midfielder Darren Carter has said this season's relegation battle has been the hardest campaign of his career.

The Cobblers climbed out of the bottom two for the first time since September with victory over Dagenham on Saturday.

And a point against Oxford this weekend will guarantee League Two survival.

"It's been the biggest and toughest season of my career. Mentally more than anything. It's not been nice," he told BBC Radio Northampton.

"There have been a lot of lows. Having to look at the table and seeing us in the bottom two has been challenging."

Northampton have improved substantially since boss Chris Wilder took over the side in late January following Aidy Boothroyd's sacking, losing just five league games out of 19, compared to 14 defeats in the previous 26 matches.

And now the Sixfields side approach the final day of the season three points clear of the drop zone, knowing a point against Oxford, the side Wilder quit to join the Cobblers, will be enough to prevent relegation to the Conference Premier.

"The last two or three months have been enjoyable," said 30-year-old Carter, who has played for Birmingham, West Brom, Preston and Cheltenham.

"Everyone's fighting and you can see the upturn. It's enjoyable to be part of that.

"When I came here in the summer the talk was about promotion. Dealing with being towards the bottom in the first half of the season was hard to take.

"But by the turn of the year we accepted we were gong to need to fight."