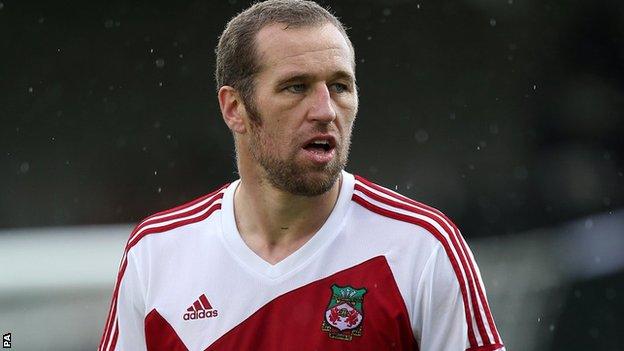 Defender Danny Livesey, who spent the final three months of the season on-loan from Carlisle United, has also been offered a contract.

Wilkin has invited midfielder Kevin Thornton, who spent the end of the season on-loan at Tamworth, back for pre-season training.

Wilkin, who succeeded Andy Morrell as Wrexham manager in March, will hold talks with the remaining squad members on Wednesday.

"Those two that I've let go have applied themselves in a good way and always worked hard for the cause," Wilkin said.

"It hasn't quite worked for us as a team and the blame doesn't lie at any individuals' door.

"But it's a group responsibility for the indifferent season that we've had.

"Everyone to a man within that squad has responded well to me through the course of it and it's not an easy thing to move people along their way.

"But it has to be done. It's part and parcel of the job that I'm in and I think those guys accept it and we wish them well in the future."