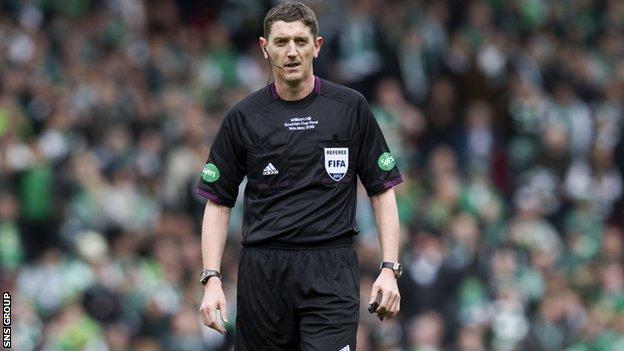 He will be assisted by Graham Chambers and Michael Banks, while Stephen Finnie is the fourth official.

The 17 May tie will have additional assistant referees for decision making in and around the penalty area - Kevin Clancy and Alan Muir.