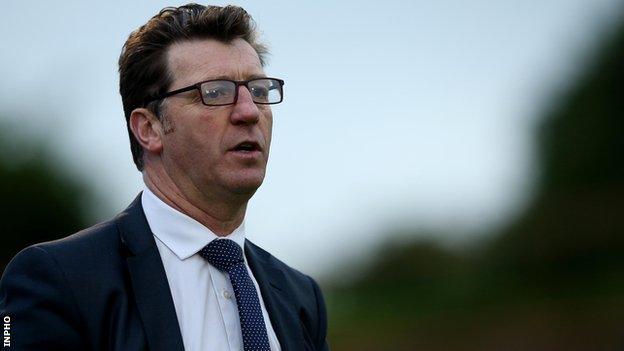 Rory Patterson, recalled by Roddy Collins, was harshly sent off on 43 minutes for a foul on Dave Mulcahy.

McEleney had produced a goal of the season contender just four minutes before Patterson's dismissal to cancel out Jason Byrne's fourth-minute opener.

Gerard Doherty made three great saves as Bohs dominated even after they had Dinny Corcoran sent off on 55.

City were behind after just four minutes with Karl Moore gliding past Roddy Collins Jnr and setting up Byrne for his fifth goal of the season.

It was a horrid opening for the visitors, Doherty denying Corcoran before Byrne's goal and spectacularly batting away Kavanagh's top corner curler moments later.

Doherty was at his best again on 39 minutes with a point-blank save from a Byrne header.

Four minutes later and with nothing seemingly on, Patrick McEleney produced his stunning goal as he curled an effort in over the helpless Murphy from the edge of the box.

Bohs went down to 10 men on 55 minutes with the linesman flagging for what appeared to be Corcoran kicking out at Cliff Byrne off the ball.

The Candystripes held out for a share of the spoils with Doherty only called into action on 65 minutes, easily handling another Byrne's long-range effort.