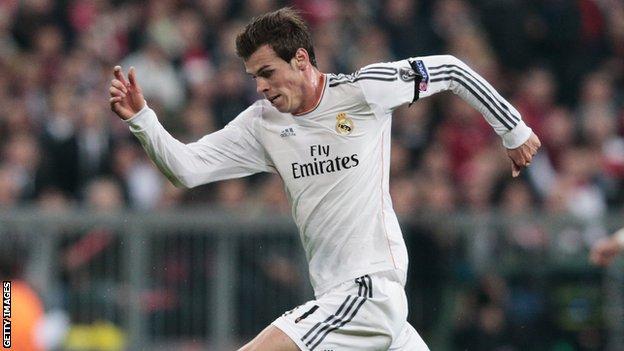 Bale, 24, has been under constant scrutiny since his move from Tottenham to Real Madrid for a world record fee of £85.3m last September.

But Coleman says Bale's recent displays have proved he is world class.

"I think Madrid have been impressed with him. I think they realise how good he is and what they've got," he said.

"Now he's in the Champions League final and it doesn't get much better than that."

Bale returned to the Real Madrid starting line-up after illness for the Champions League semi-final second leg away to Bayern Munich.

Leading 1-0 from the home leg, Real went 3-0 up on aggregate through two Sergio Ramos headers before Bale set up Cristiano Ronaldo for a third on the break.

A late Ronaldo free-kick rounded off Real's first victory over Bayern in Munich and booked their first appearance in the final since 2002.

Bale said reaching the Champions League final showed why he chose to swap Tottenham for the Bernabeu in the summer.

The Welshman has scored 20 goals for Real so far this season including the winner in the Copa del Rey final win over Barcelona.

But Bale has faced criticism from some observers who said he was not worth the record fee Real paid Spurs.

However his national team manager Coleman believes the Cardiff-born player has proved his worth for the Spanish giants this season.

"One or two people said one or two things about Gareth this season [asking] was he worth the money and he's had an alright season - I can't understand that," Coleman said.

"I've seen most of his games and in the big games when he's needed to perform and need to answer questions, he's done that.

"It was a huge thing for him to go from Tottenham to Real Madrid for that amount of money, going into the dressing room and having to impress some of those players and Carlo Ancelotti, a manager who has won everything.

"And bearing in mind he had no pre-season, incredible. I think he's answered those questions."