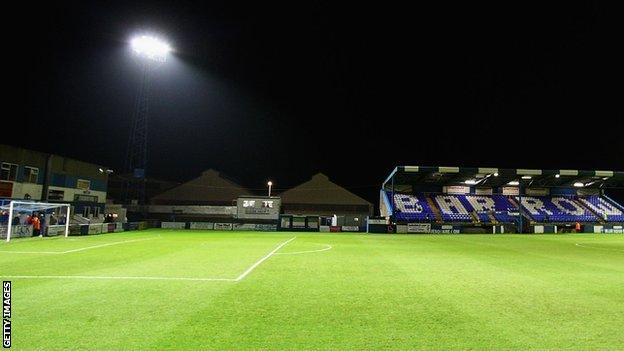 Businessman Paul Casson has targeted a return to the Football League for home-town club Barrow AFC following his members-approved takeover.

Casson purchased the assets of the community-owned Conference North outfit for £600,000 and has pledged to invest up to £1.8m over the next two seasons.

However, the Dallas-based Bluebirds owner said the process will be patient.

"People won't see too much difference in the short term, it will be a slow building process.

Barrow's last season in the Football League - 1971-72 - ended with the club voted out in favour of Hereford United, despite finishing clear of bottom place in the old Fourth Division.

The Bluebirds finished as high as eighth in the Third Division in 1967-68.

"The first goal within two years is to be challenging at the top end of the Conference Premier.

"Once we've set a more stable foundation, then who knows what could happen?"

Barrow, who have enjoyed FA Trophy success and FA Cup runs under Casson's predecessors, are currently two divisions below the Football League.

The Bluebirds last enjoyed league football in 1971-72, ending the season voted out of the League to be replaced by Hereford United at a time when Casson himself was a visitor to Holker Street.

"It's a part of reconnecting the old part of the family with my children and I think it's quite important they realise where they came from," he added.

"I think you can really re-energise it, and revitalise it and get it back to where it was when I remember it when they were in the old Division Three when it was a big part of the community and my life growing up.

"To bring it back to that level is really what we're trying to do and would be a really appropriate legacy for my dad."

The full interview with Paul Casson by BBC Radio Cumbria is available on the BBC iPlayer from 19:00 BST on Thursday, 1 May.