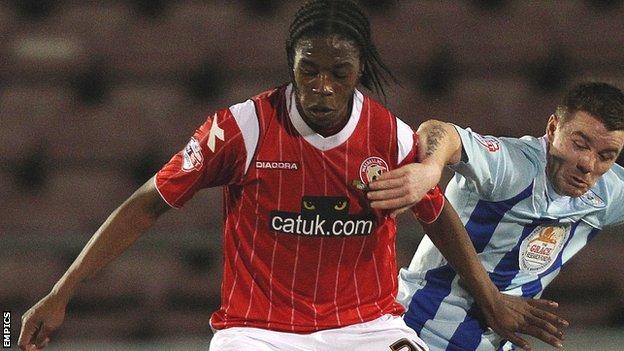 Walsall forward Romaine Sawyers has signed a new two-year deal, tying him to the Banks's Stadium until June 2016.

Sawyers, 22, signed from West Bromwich Albion last July, has scored seven goals for the Saddlers in his first full season in senior football.

"It's been an extremely productive season for Romaine," said Walsall manager Dean Smith. "He has certainly showed enough to warrant this new deal.

"He has made good progress. I expect him to go from strength-to-strength."

Victory in Saturday's final home game against Colchester United would ensure another top-half finish for Smith's side.