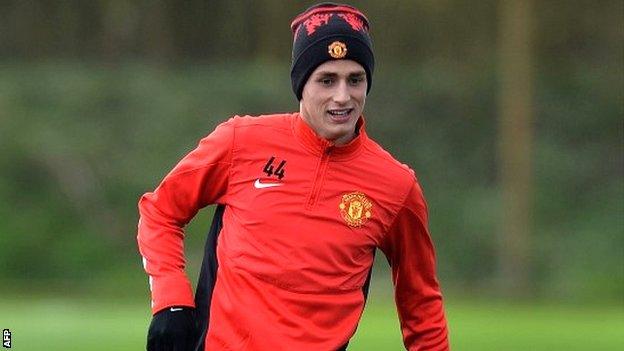 The 19-year-old was born in Brussels to Kosovan-Albanian parents and joined Manchester United in 2011.

Januzaj would have been available for England on residency grounds in 2018 if he had not played in a competitive game for another nation.

"How can you be upset if he plays for one of the other countries that he's actually eligible for?" said Hodgson.

Fifa rules state a player is eligible if "he has lived continuously for at least five years after reaching the age of 18 on the territory of the relevant association".

Hodgson adedd: "If a player isn't eligible to play for England until 2018, then what's the problem if he goes and plays for someone else? He's not English anyway - let's be fair."

"I don't see what the fuss is about. He was born and brought up in Belgium. We can't be disappointed by that."