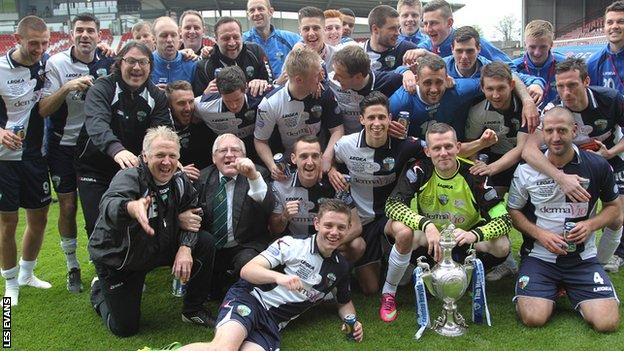 The New Saints completed the double in Wales with a stunning comeback win over Aberystwyth at the Racecourse Ground.

Aber were 2-0 up inside just 12 minutes thanks to Chris Venables' early volley and coolly-taken penalty.

They held the lead until the 72nd minute when Greg Draper scored from the spot before quickly following up with a close-range header to equalise.

The comeback denied Aberystwyth their first Welsh Cup win since the 1899-1900 season.

"We put ourselves in a tough position half time.

"We didn't play well, Aberystwyth were the better team and started well so we just had to go out there and prove why we are the champions and why we've got so much faith in the squad and team.

"We had a great reaction and as bad as we were in the first half we were good in the second."