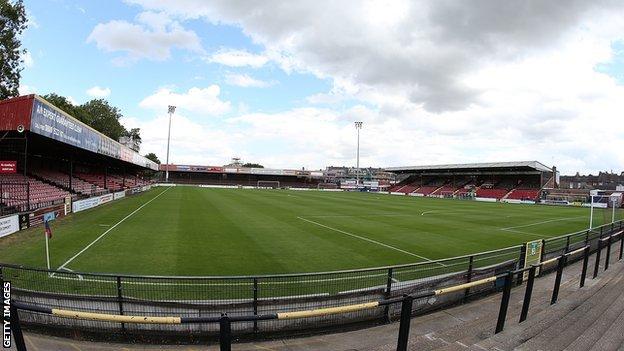 The kick-off at Bootham Crescent had initially been delayed by referee Carl Boyeson until 20:00 BST to allow groundstaff to work on the surface.

However further inclement weather left patches of standing water on the pitch that were deemed unsafe.