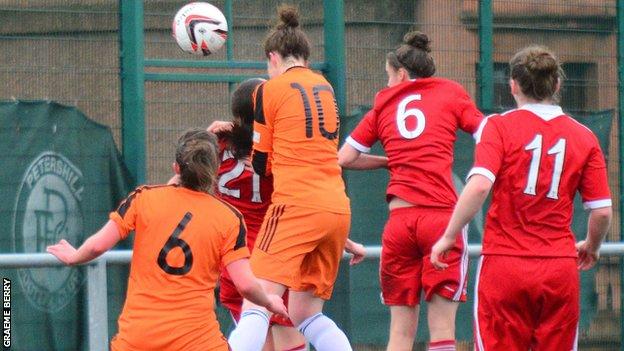 Glasgow City maintained their two-point advantage at the top of the Scottish Women's Premier League after their sixth win out of six.

Spartans had five different scorers in a 5-2 defeat of Buchan and there were 1-1 draws between Forfar and Inverness, and Hamilton and Hutchison Vale.