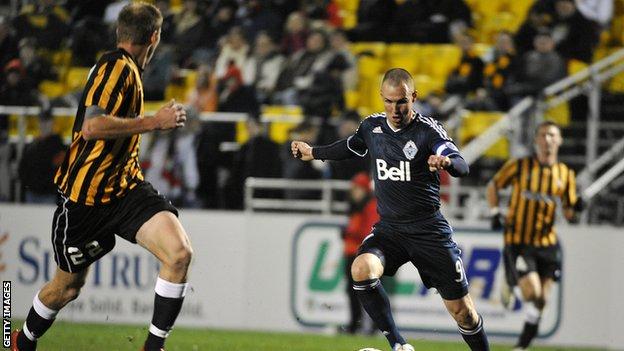 The Canadian outfit announced that the club and Miller had "mutually agreed to a contract termination".

"We are thankful for the contributions Kenny made both on and off the pitch during his time in Vancouver," added head coach Carl Robinson.

The forward, 34, scored 13 goals in 45 appearances for the Whitecaps after joining from Cardiff City in 2012.

Prior to his spell in Wales, Miller played for Hibernian, Rangers (twice) and Celtic as well as Wolves, Derby County and Turkish side Bursaspor.

Miller, capped 69 times, retired from Scotland duty after scoring his 18th international goal at Wembley in a 3-2 friendly defeat by England.

"He has been a great role model, a constant professional, and someone who I consider a very good friend," explained Robinson on the Whitecaps' website.