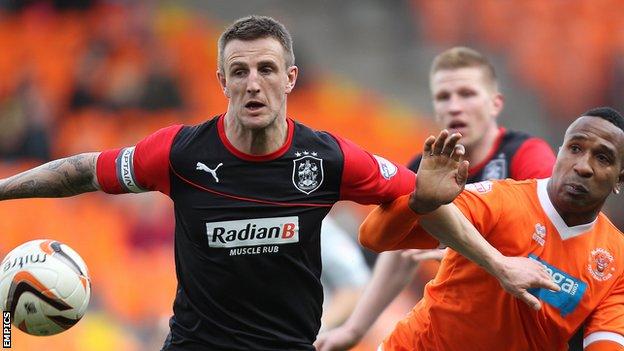 The centre-back, 32, played 224 games in five years with the Terriers.

Striker Danny Ward, who hit a hat-trick in Huddersfield's impressive final-day win at Watford, has been offered a new deal by the club.

They have also taken up the pre-agreed options on the contracts of Murray Wallace and Ed Wilczynski.

Former Everton, Blackpool and Southend defender Clarke captained Huddersfield to League One play-off success in May 2012 and featured 28 times in 2013-14.