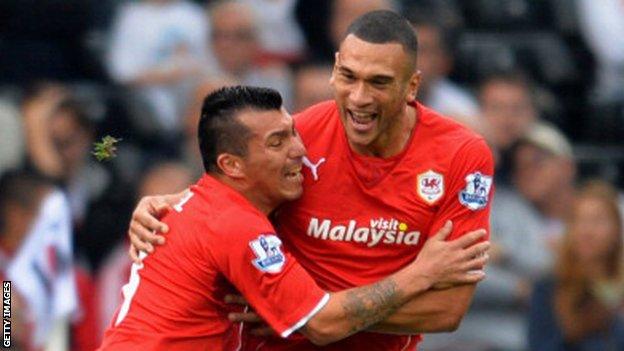 Cardiff City could lose captain Steven Caulker and midfielder Gary Medel after failing to stay in the Premier League.

BBC Wales understands both players have release clauses in their contracts which could be triggered by the club's relegation to the Championship.

However, potential buyers would have to meet the Bluebirds' valuation.

Speaking after Saturday's 3-0 loss to Newcastle, Caulker said: "I signed a four-year deal here so I'll be looking to get us back promoted next season."

Defeat at St James' Park saw Cardiff drop back into the second tier after just one season in the Premier League.

Midfielder Medel, who captains Chile, joined Cardiff from Sevilla in August 2013 for a club-record £11m.

His arrival came a week after 22-year-old England international defender Caulker, who cost the Welsh club more than £8m from Tottenham.

"He's captain of his country playing in the World Cup in Brazil this summer," said Ratcliffe, a former Bluebirds player.

"Would you want to come back to play in the Championship after that?"