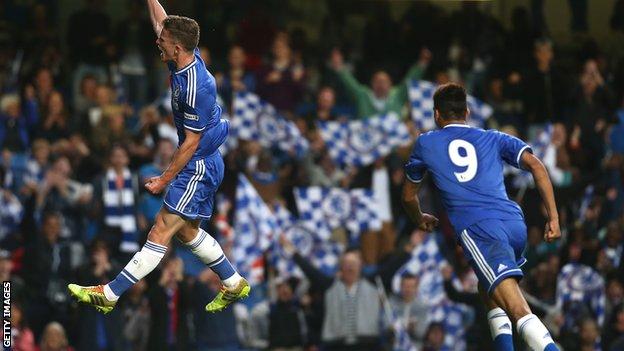 Moussa Dembele headed Fulham, 3-2 winners in the first leg, ahead but Chelsea hit back with Charlie Colkett's penalty and a Jordan Houghton strike.

That made it 4-4 on aggregate, but Fulham went two goals clear through Patrick Roberts and Solomon Sambou.

The Blues last won the trophy in 2012, beating Blackburn 4-1, before losing 4-2 to Norwich in last year's final.