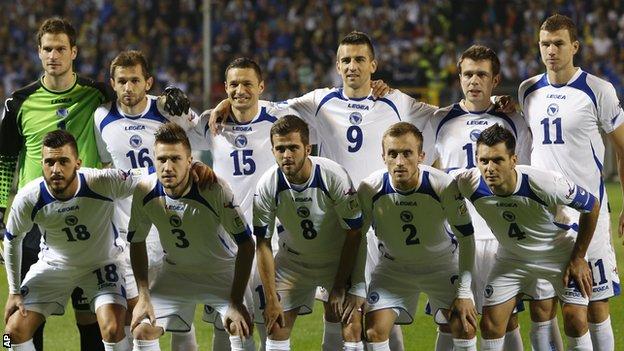 The former Yugoslav republic, who joined Fifa in 1996, will be making their debut at a major championship.

But he has been passed fit, with Genk defender Ervin Zukanovic the unlucky man to miss out.

Susic believes his team can advance from their group into the knockout stages in Brazil.

He said: "We must have a goal and that is to try to go through to the second round, to qualify for the round of 16."