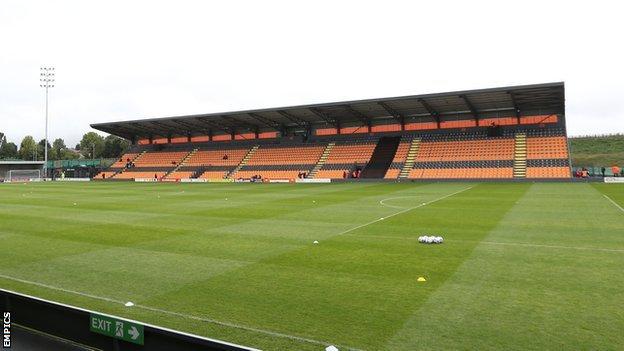 Dick Schreuder has left his position as assistant coach at Barnet to take up a managerial post in the Netherlands with third division side VV Katwijk.

The Dutchman joined the Bees last summer as part of the coaching staff under former manager Edgar Davids.

When Davids quit The Hive in January, Schreuder was placed in joint charge of first-team affairs alongside Ulrich Landvreugd.

Martin Allen was then appointed head coach of Barnet in March.

Schreuder's exit from the Conference Premier side follows that of Landvreugd, who left the club last month.

"Everybody associated with the club would like to wish Schreuder the best of luck in what we hope will be a successful spell at VV Katwijk and beyond," a statement on the Barnet website said.