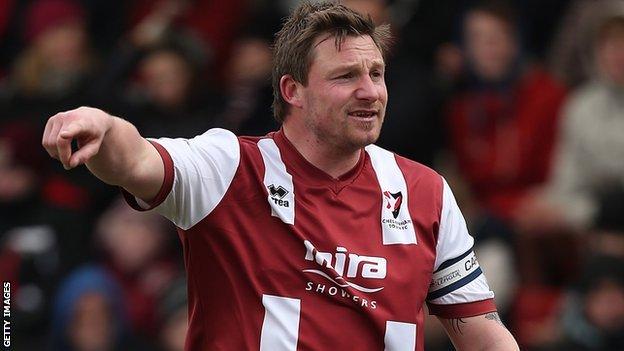 Cheltenham have confirmed they have offered four players new deals, while four have been released.

Contracts have been offered to goalkeeper Scott Brown, winger Jermaine McGlashan and youngster Joe Hanks, while veteran defender Steve Elliott is set to stay on in a player-coach role.

Meanwhile, midfielder Jason Taylor has been placed on the transfer list.

Taylor, 27, joined the Robins from Rotherham in January 2013 and still has a year left to run on his current deal.

Cheltenham confirmed veteran striker Jamie Cureton, 38, was unavailable to meet with manager Mark Yates on Tuesday morning as he was on a course, but is set to enter talks.

Wales Under-21 international Connor Roberts has been spoken to but a decision on his future will be made at a later date.

The club confirmed last week that manager Yates had signed a new one-year deal to keep him at Whaddon Road until next summer.