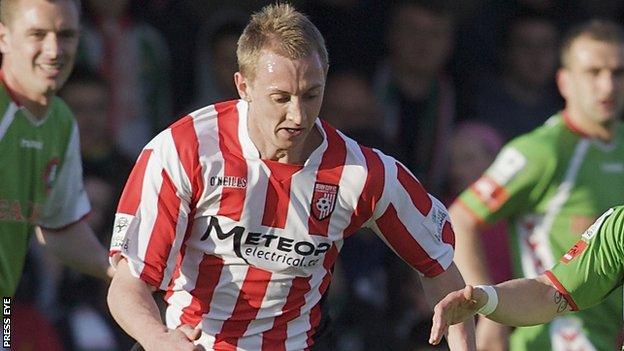 Warren Feeney has made former Northern Ireland Under-21 international Sammy Morrow his first signing as Linfield manager, on a one-year contract.

"He's the sort of player who won't give up easily and I'm genuinely excited about having him on board."

"I know Linfield tried to sign him a few years ago and having met him today I know how excited he is about getting this chance to play for Linfield. He will give us strength and bravery in the striker position.

"He's a passionate player and he was really enthusiastic about signing for Linfield. From my point of view, signing him really was not a very difficult decision to have to make."

Morrow's other former clubs include Tranmere Rovers and Ipswich Town.