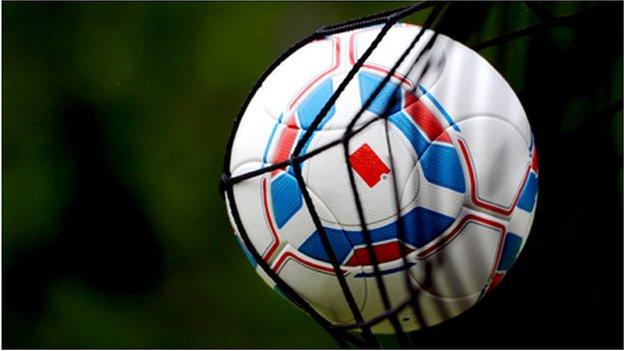 Lowestoft Town joint-manager Micky Chapman has hailed his promotion-winning side for reaching the Conference leagues for the first time.

The Trawlerboys will play in the Conference North or South next season after beating AFC Hornchurch 3-0 in Monday's Ryman Premier play-off final.

"It's been a long time coming and you learn from other years. But today is a new day and it was our day."

The Crown Meadow side were promoted to the Ryman Premier four years ago and will now play in the sixth tier for the first time in their history.

But it was a difficult season at times, with Chapman and joint-manager Ady Gallagher often limited to just 12 players through injuries.

"To even get into the play-offs was a miracle," said an emotional Chapman, who has worked at the club for 31 years.

"We cannot praise these lads enough. The tears were for them in the end. They've put so much in. It's unbelievable."