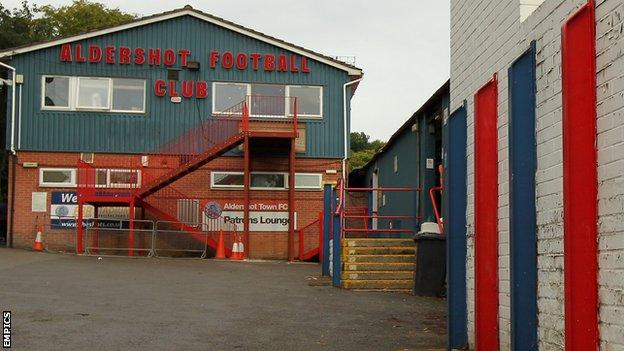 Midfielder Martin Rowlands and striker Bradley Bubb are among five players who have been released by Aldershot Town.

The Shots are in negotiations with several players, including captain Craig Stanley and winger Adam Mekki, about new contracts.

Chris Barker and Brett Williams have triggered renewal clauses which will see them remain at the club until 2015.

Midfielder Mark Molesley has an option to extend his contract into next season, while Shots boss Andy Scott is in talks with goalkeeper Glenn Morris, defenders Joe Oastler, Jaydon Gibbs and Anthony Tonkin, winger Jordan Roberts and striker Josh Scott.