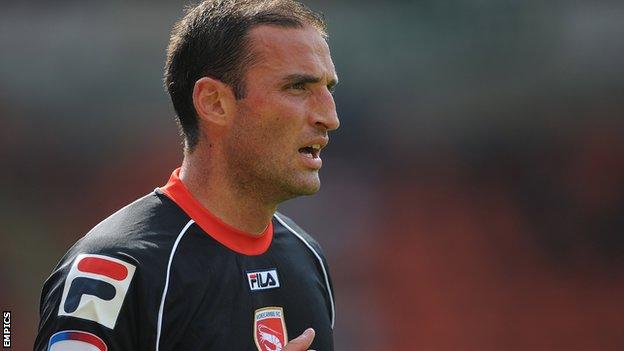 The 32-year-old centre-back will not be offered a new contract, while full-back Robbie Threlfall and midfielders Joe Mwasile and Joe McGee are also leaving.

"It is always difficult to release players and I would like to thank all the lads for their efforts," manager Jim Bentley told the club website.

"They are all really good lads. I really wish them well for the future."

Although he has not been offered a new deal, McGee will return to the Lancashire club in the summer to continue his rehabilitation from a cruciate knee ligament injury.