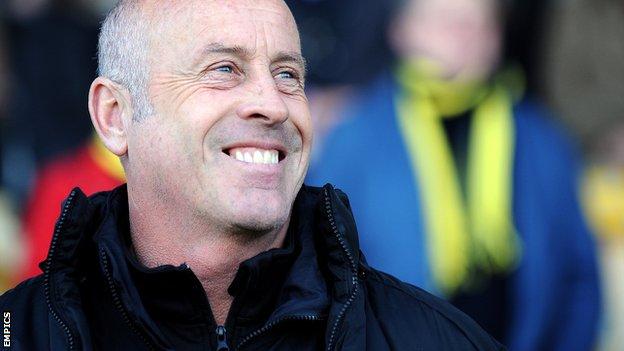 New Southport manager Martin Foyle believes it is possible for part-time clubs such as the Sandgrounders to be successful in the Conference Premier.

The 51-year-old was named as the successor to John Coleman on Monday.

"It is a big league and a lot of big clubs have gone down from League Two. Bristol Rovers and Torquay are two more giants coming down," said Foyle.

"But as you can see from Braintree and Halifax, part-time teams can get in there, so it does give everybody hope."

Halifax were beaten in their play-off semi-final by Cambridge, while Braintree finished the regular season in sixth, just three points outside the play-off spots.

Foyle believes the current format should be changed to allow a third side to be promoted from the Conference Premier into League Two each season.

"At the start of every season there are probably 12 or 14 teams that are paying top dollar to get in there."

Foyle has taken control of a Southport side that finished 18th in the Conference Premier and believes he will need "three or four weeks" before having a better idea of how the club could perform next term.

"Let's see how we start, and if we're in a position where we're doing well, the chairman will be the first one that I'll be going to, to say that we need two or three more to have a little push and get into good areas in the league."