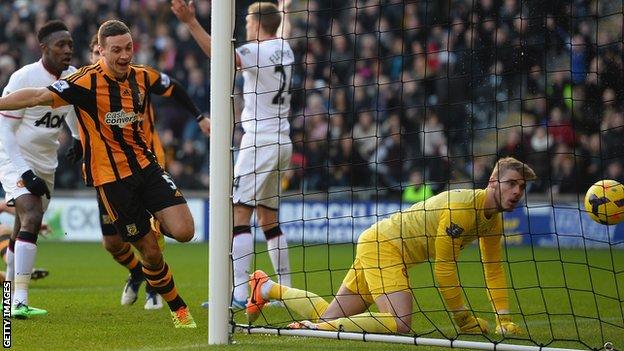 The 25-year-old, born in Warrington, has a Welsh mother who was born in Rhyl.

He has made himself available for the Wales squad for the match against the Netherlands on 4 June, if fit.

Chester, a regular for Steve Bruce's side this season, is currently a doubt for the FA Cup Final because of a hamstring injury.

He joined the Tigers in 2011 from Manchester United.

Chester came through the youth academy at Old Trafford and made one first team appearance for the Red Devils - the 4-2 Carling Cup semi-final win over Derby County in 2009.