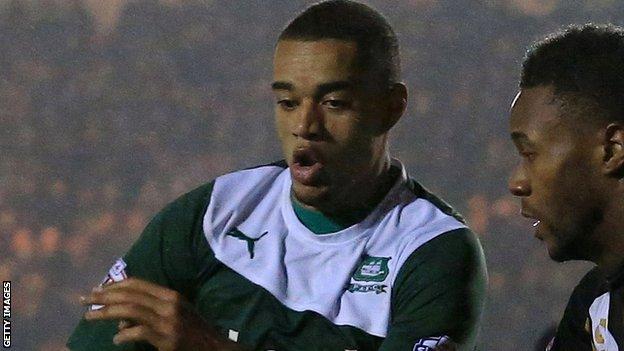 Plymouth Argyle defender Curtis Nelson has signed a new contract to keep him at Home Park until the summer of 2016.

The highly-rated 20-year-old centre-back has made 143 appearances for the club since making his debut as a 17-year-old in August 2010.

Nelson, who was released by Stoke City's academy and joined Argyle as an apprentice in 2009, has also played in midfield and at right-back for Argyle.

The defender has seen the club go through two relegations and administration before being in October 2011.

"Get out of this league - and when we are in League One, get out of that league. And keep on going."

Argyle boss John Sheridan was pleased to secure the services of the defender for another two years.

"He's been a really good player for us and I think he has improved a hell of a lot this season.

"I think he has a great chance of playing at a higher level - hopefully that will be with Plymouth," added Sheridan.