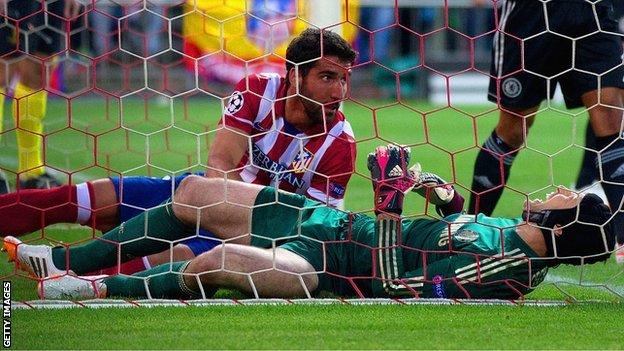 Chelsea goalkeeper Petr Cech has been ruled out for up to 10 weeks after shoulder surgery.

The 31-year-old suffered the dislocation in the Champions League semi-final first leg against Atletico Madrid and he could miss the start of pre-season training.

Cech was initially ruled out for the season, only to return to training.

But, with the Blues unable to win the Premier League and out of the Champions League, he has had the operation.

Cech, who has made 50 appearances this season, was injured in a collision with Atletico's Raul Garcia in the goalless draw in Madrid.