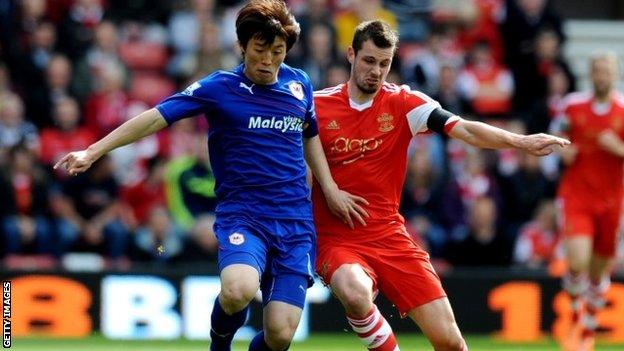 Midfielder Kim, 24, has played 31 times for Cardiff this season, while Ki, 25, is on loan from Swansea.

South Korea are in Group H, along with Russia, Algeria and Belgium.

Former Monaco striker Park will be going to his third World Cup, despite playing only once for Arsenal and twice during a loan spell at Watford this season.

"Among Korean forwards, I couldn't find another attacker to replace Park," said coach Hong Myung-Bo, who will oversee South Korea's ninth appearance in the finals.

The South Koreans were forced into a late change to their squad when Park Joo-Ho was called up to replace injured left-back Kim Jin-Su.