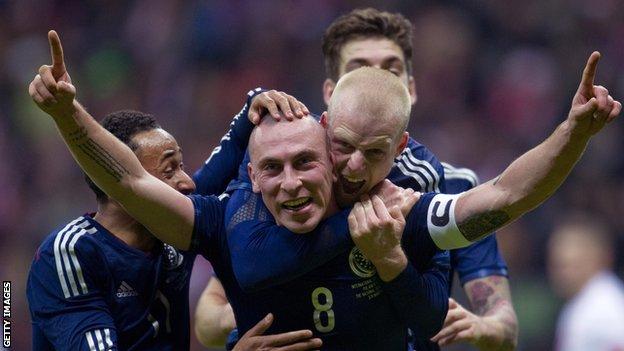 BBC Scotland will provide live television, radio and online coverage of Scotland's friendly with Nigeria on 28 May.

The international friendly is being played at Fulham's Craven Cottage.

Nigeria will use the match as preparation for the World Cup Finals, where they will face Argentina, Bosnia-Hercegovina and Iran.

"I'm delighted we can give supporters the chance to catch up with the national team as they aim for another good result against high-quality opposition," he added.

For the BBC One Scotland coverage, presenter Rob Maclean will be joined by Kris Boyd and Pat Nevin, who have a combined total of 46 Scotland caps, while former international striker Kevin Gallacher will join Liam McLeod in the commentary box.

And on radio, former Scotland defender Willie Miller will take in the match with Sportsound commentator John Barnes.

The television and radio coverage will also be streamed on the BBC Sport website, where there will also be a live text commentary of the match.