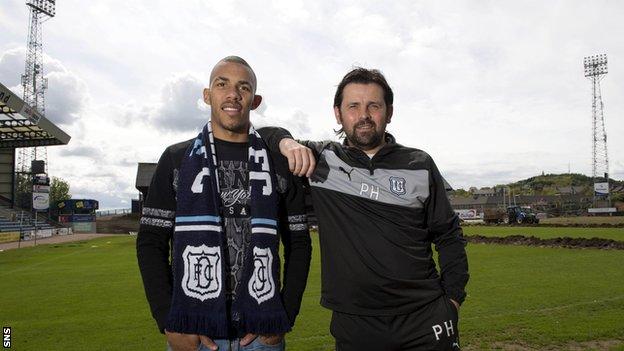 The former Arsenal youth and Inverness Caledonian Thistle player was with Falkirk earlier this term but left the club by mutual consent in March.

He scored six times during his nine months with the Bairns, having netted once for Inverness last season.

The 20-year-old has been capped at Republic of Ireland Under-17 and Under-19 level.