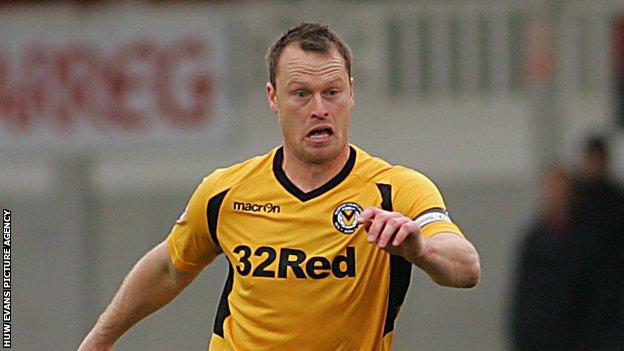 Newport County midfielder Michael Flynn has confirmed he is set to sign a new one-year deal with the League Two club.

The former Wigan Athletic and Blackpool player was told in February this year that the club would not be offering him a new contract.

But the 33-year-old, in his third spell with County, is delighted to have changed manager Justin Edinburgh's mind.

"It's a big bonus for me because I love playing for my hometown club," he said.

"I've done his ears in throughout the last few months making sure I'm here next season but the only place I could do my talking was on the pitch.

"He gave me the opportunity to get back in and it was one I wasn't going to let go because playing for Newport has meant a lot to me."

He is still in talks with defender Byron Anthony and is hopeful Welsh international Darcy Blake will agree a new deal.