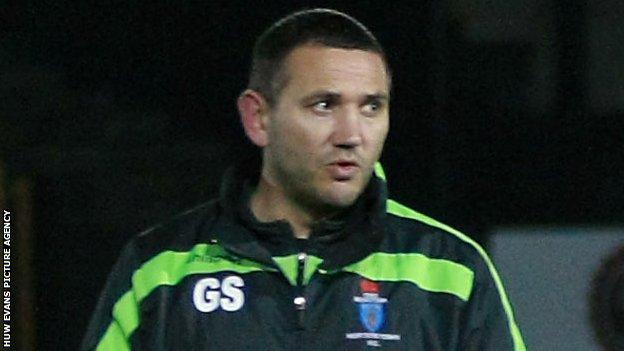 Merthyr Town management team Garry Shephard and Danny Carter have resigned after the club missed out on promotion to the Southern League Premier Division.

The Martyrs were beaten 2-0 by Paulton Rovers in the Division One South & West play-off final on Monday.

It was the second successive season Merthyr had lost in the play-off final.

They had missed out on automatic promotion after finishing runners-up to champions Cirencester Town.

"They have decided to resign for personal and family reasons, but also feel that the time is right to hand over the reigns to a new management team," said a Merthyr Town club statement.

"Their continuing presence at the club during and after it's reformation undoubtedly brought stability, while the club officials concentrated on getting to grips with developing the organisation of the club."

Shephard, assisted by Carter, was appointed Merthyr Tydfil manager during the summer of 2007 and continued in the role when the club was reformed as Merthyr Town in 2009.