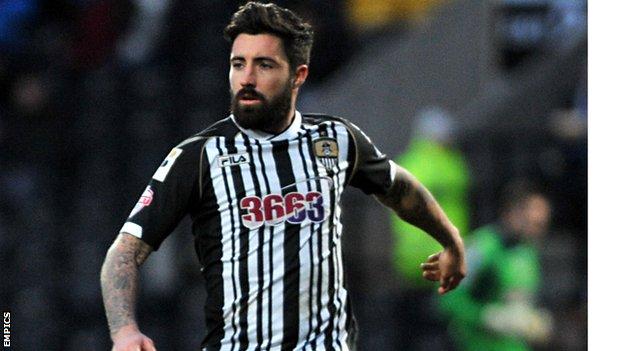 Gary Liddle, Jimmy Spencer, Jamal Campbell-Ryce, Kyle Dixon and Jeremy Balmy have also had contracts offered to them, after Notts maintained their League One status on the final day.

The club has also triggered a clause in striker Ronan Murray's current deal to extend his stay by 12 months.

Meanwhile, former captain Dean Leacock is among 10 players to be released.

The 29-year-old, who has made 74 appearances since joining the Magpies from Leyton Orient in 2012, started the season as skipper under former manager Chris Kiwomya.

Brad McGowan and Harry Andrews both graduated from the youth team and will join Shaun Derry's first-team squad in the summer.