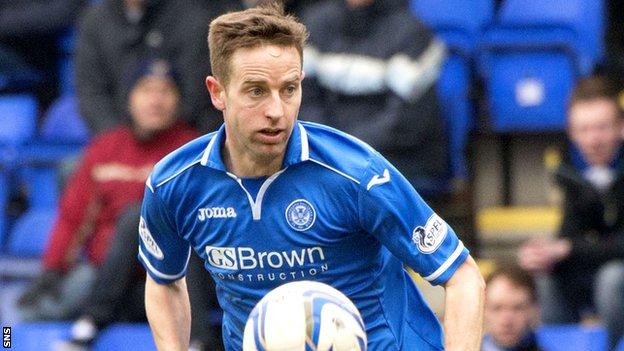 The 31-year-old MacLean, who has hit 10 goals this season despite missing four months with a knee injury, has signed for another two years.

Croft has signed a one-year deal for next season after the 28-year-old impressed following his return to the club midway through the season.

The Englishman had spent time on loan in Perth from Oldham Athletic.

St Johnstone manager Tommy Wright told his club website: "It's great news for the club and the players and a nice boost ahead of cup final week.

"Both players have done well for us and I am delighted to have them tied up."