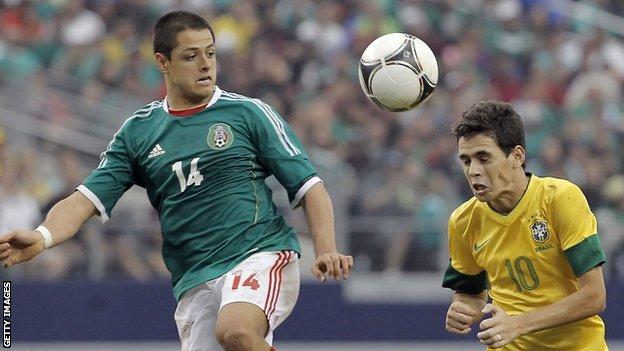 Mexico are in Group A with Croatia, Cameroon and hosts Brazil.

As expected, Real Sociedad's former Arsenal striker Carlos Vela is not in the squad, having not played for his country since 2011.

Mexico coach Herrera had to make one change to his squad, with injured Club America midfielder Juan Carlos Medina being replaced by Toluca's Miguel Angel Ponce.