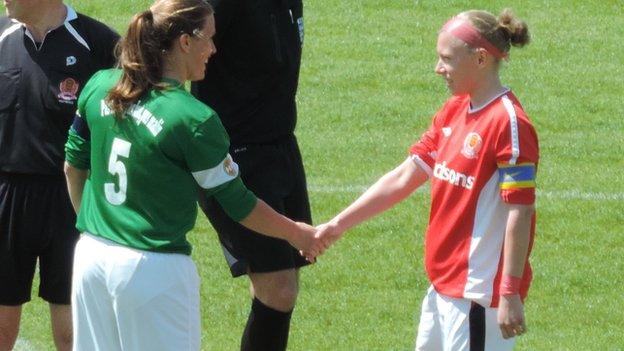 Jersey skipper Jodie Botterill netted a second-half hat-trick as the reds beat rivals Guernsey 5-1 to win the Muratti for the sixth time in a row.

Welsh international Botterill scored twice in the early moments of the second-half before Natalie Bianco's long-range strike pulled one back.