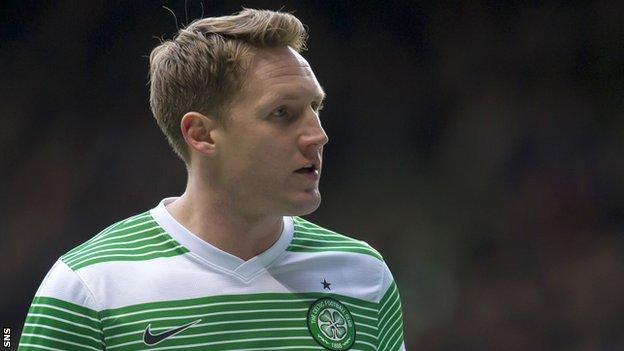 Celtic midfielder Kris Commons is set to be crowned the Scottish football writers' player of the year.

The 30-year-old adds the award to his PFA Scotland player of the year trophy after a prolific season, having scored 32 goals for the champions.

He has proved pivotal in helping to secure Neil Lennon's men a third league title in a row since signing for £375,000 from Derby County in 2011.

Celtic have yet to agree a new deal with the ex-Scotland international.

Last month Commons saw off team-mates Virgil van Dijk and Fraser Forster, along with Kilmarnock striker Kris Boyd, to be named player of the year by his peers.