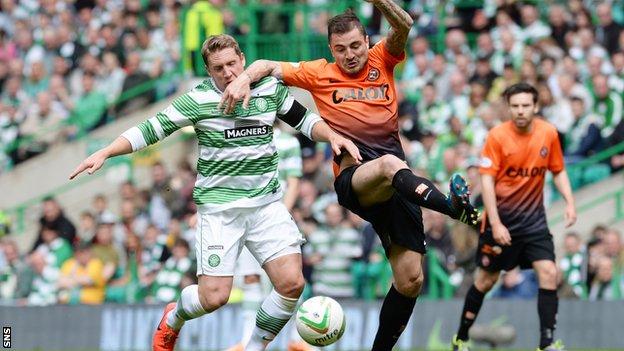 Jackie McNamara revealed he picked his Dundee United side to face Celtic with the Scottish Cup final in mind.

The Tangerines, who lost 3-1 against the champions, return to Celtic Park on Saturday to take on St Johnstone in the Scottish game's showpiece.

"The focus is on next week, but I thought it was a professional performance," said the United manager.

"I am not too disappointed. I thought we passed it well and were well organised.

"We left a few of the more forward players on the bench.

"You have seen the craft of Mackay-Steven and Armstrong when they came on."