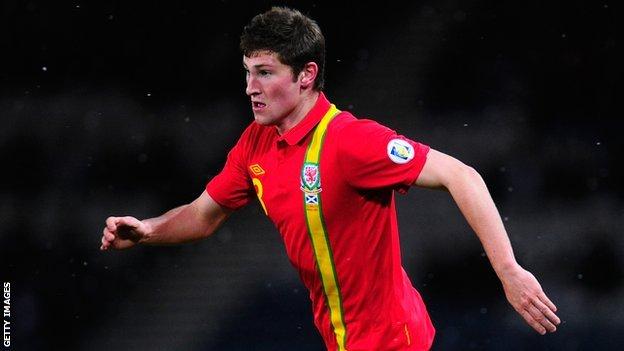 Wales could be without Swansea City defender Ben Davies when they travel to Amsterdam to face Netherlands in a friendly on 4 June.

Davies, 21, saw out Swansea's Premier League season with a toe fractured in their 2-2 draw against Arsenal in March.

He said: "I've had the problem since we played Arsenal in the season and it's causing me a bit of bother.

"I've been playing with painkillers throughout the remaining games."

Davies has established himself in Swansea's defence since Wales and Swans team-mate Neil Taylor's suffered multiple fractures and a dislocation to his ankle in September 2012.

Taylor, 25 and capped 18 times by his country, could now have the chance to press his international claims if Davies is ruled out of Wales' next game.

Davies has won 10 Wales senior caps, but acknowledges he may not win his next when Chris Coleman takes his team to Amsterdam.

He added: "It's just something we'll have to have a look at it... and decide what to do with it.

"It'll be disappointing if I miss that that game, but players' fitness is the most important thing."