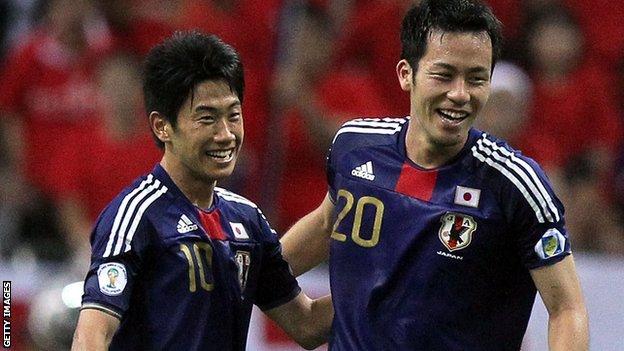 AC Milan midfielder Keisuke Honda is one of 12 Europe-based players picked by coach Alberto Zaccheroni for the Brazil tournament.

Japan, who co-hosted the tournament with South Korea in 2002, are in their fifth consecutive World Cup finals.

They face Ivory Coast, Greece and Colombia in Group C.

Centre-back Yoshida, 25, has not played for Saints since picking up a knee ligament injury during training in February.

Gamba Osaka midfielder Yasuhito Endo will have the chance to add to his national record of 141 caps.